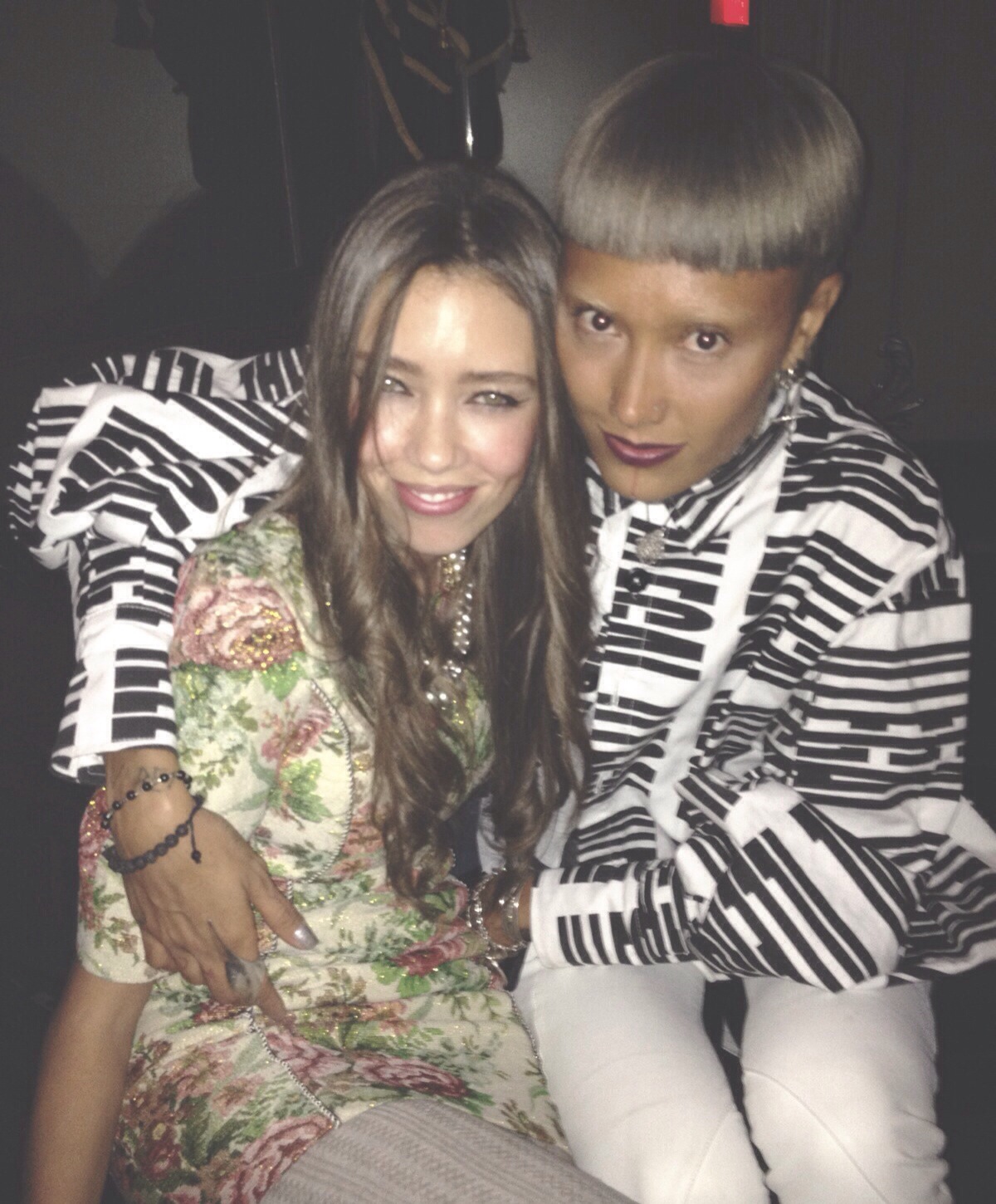 So much goes behind everything that makes up, New York fashion week. Society just gets to see a minor glimpse of what really goes on. Amongst the Magazines, bloggers, celebs, designers, buyers, fashion photographers, models, and larger than life parties, it’s all made to look quite effortless. In reality, this was the arctic challenge. Between New York City’s bitter cold and its frenzied rush that is fashion week, everything had to be flawless.  Some people like Broadway shows we like fashion shows.

I took a bit of a different approach to the norm this season, got some behind the scenes at the fashion shows to see first looks, spoke inspirations with designers, as well as shadowed some of the best photographers in the game. Follow along to see what we catch during New York Fashion Week. xoxo Shooting Ali from Brandy Melville while shes shooting me 🙂 Laduree with Ali between shooting,  shows, and snow storms Our perfect storm of macarons and tea! My Homies Ben Bowers, Vladimir Ivanov and I in Brian Lichtenberg My girl Fa’ Empel from Cast Eyewear chillin  –My dress

Stay tuned for more trends and fashion from my trip to NY Fashion Week!